Pork shoulders fried in bacon grease has become one of our favorite ketogenic meals. Not only is it easy and quick to cook, it’s delicious and filling. I couldn’t wait to tear into this glorious piece of meat after snapping this photo. Paired with spinach (tossed in spicy guacamole), this keto treat will keep me full until lunchtime tomorrow. 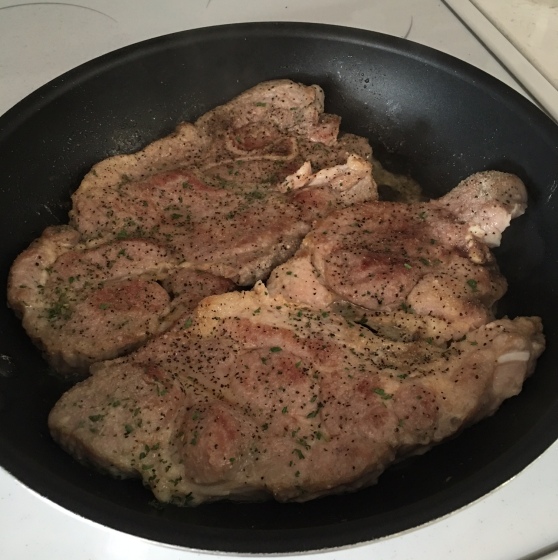 The stall is broken! After sticking to the same workout routine for a smidgen over a year, my body needed a reset of sorts. Here’s the update:

What did I do differently? I started focusing more on lifting heavier weights, and cut out dairy. I’m about 97% dairy-free, and I say this because, if I want dairy… I’m gonna eat, or drink, it. I do miss my heavy cream and cinnamon coffee, but not having it isn’t a huge downer because I prefer my coffee strong, and black… (enter joke and laughter here).

Take us going to the Mexican restaurant for dinner a couple weeks ago for example. The salad I ordered did not list cheese as a topping. Adding extra guac and removing the sour cream, I was a little peeved when the salad arrived and there was cheese! Some sprinkled cheese on top of my salad isn’t the end of the world, so I went on and inhaled the dish anyway. I’m a regular “remove the cheese, please!” person now.

I’ve switched up my weightlifting routine by doing strong lifts. Three times a week, for thirty minutes or more, I do 5×5 – five sets of five reps – weightlifting workouts. I squat, bench press, barbell row, and deadlift as much weight as I can in a safe manner. I hit the gym alone, so I don’t want to push it so far that I need a spotter. Every week I add five pounds to the previous week’s weight. I’ve been doing yoga more frequently as well. I went to my first hot yoga class over the weekend. Not only did I survive and hit all the poses, I had a BLAST. I won’t get too much into that, though, because I’m going to write a separate post on that experience.

Thanks for checking in! And I’ll talk to you all soon 🙂 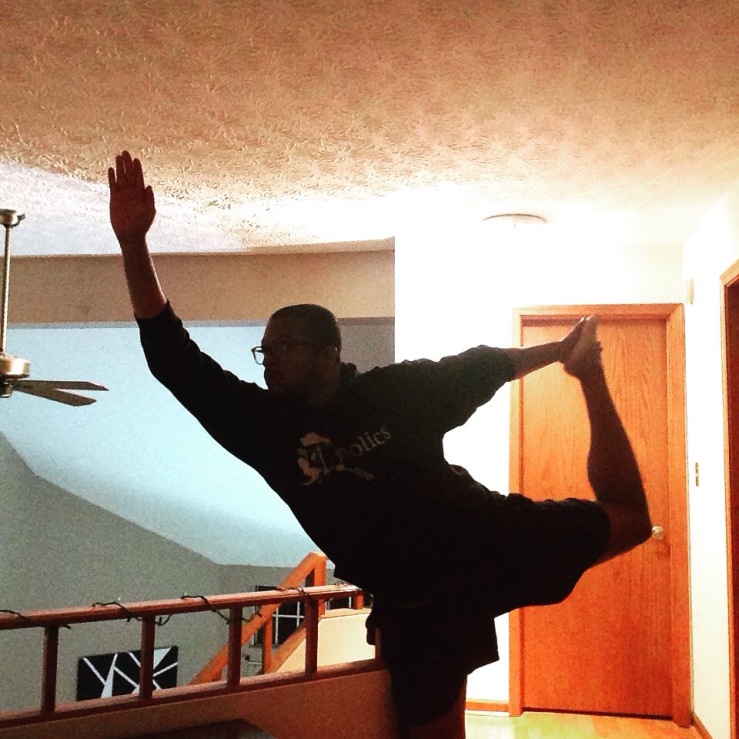 Hangovers are real, ladies and gentlemen, and I hadn’t experienced one in quite some time.  For the past two weeks, S and I have been drinking once a week – picking Saturday as the day to consume our favorite poisons in a socially moderate manner. Not drinking during the week is something we are already familiar with, but with this past summer came plenty of opportunity for us to slip up occasionally, and throw ourselves back into a drinking-freely-post-work-or-whenever spiral.  It’s the start of week three, and I just had some random thoughts about how I’ve been feeling over these past couple weeks; particularly about how I’ve been feeling my last couple Sundays.

I love a good drink – beer, bourbon on the rocks, or vodka waters are preferred – and have recognized that part of my weight loss and fitness plateaus are due to overconsumption of my desired elixirs.  Let me tell you. The past couple Sundays have been rough. I used to brag that I never got hangovers – what a tool-ish and bro-like thing to do, first of all – and that’s only because my tolerance for alcohol was really high. Much like a muscle, a high tolerance to alcohol is something that was exercised, and made to be strong with each drink consumed. There have been a number of instances where I simply stop drinking, because I become aware that I’ve consumed a good number of drinks – empty calories – and had no locale markers on my inebriation radar.

My drinking total for the past two Saturdays consisted of a few (low carb) mixed drinks, a LOT of red wine, and bourbon or two. Given my past ability to drink haphazardly with major admittance into Hangoverland, I did not think my body would be rocked as hard as it was come either Sunday.  The first Sunday of our new drinking rule was mostly okay. I felt very lethargic and just sat around for the greater part of the day; not doing anything productive besides tending to the puppy. The second Sunday was game over for my mind and body. I had a headache that felt like an ongoing earthquake, my body ached all over, and I found it extremely hard to focus. “Really?! (Enter a paralyzed eye-roll here)” I thought, but what should I have expected? My body had clearly gone through some form of detoxification during the week, and by not being careful – on my one day of alcoholic freedom – I was punished and reminded to think before I acted.

Now, with all that being said, I will continue to have drinks with friends on Saturdays. The past couple of weeks have taught me to be weary of even just the few drinks I may consume, and to respect the possibility of feeling like a true pile of bear shit if I cross the line. I feel completely recharged having not drank during the week. My mind is clear, and my workouts are focused and productive. In the two weeks since we’ve been following our new drinking rule, I’ve lost about eight pounds, and S has lost a good amount of weight as well. Our workouts are not crazy intense. I lift weights twice a week for about thirty minutes, and do about twenty to thirty minutes of mild-to-medium yoga a few times a week. I’ll be posting my body stat updates during this journey with the FATboys category of Gays in the Life. My weight, BMI, and body fat percentage will be shared. This will only happen once a month, however, because I get scale crazy, and don’t wish to psych myself out. You can’t go solely off your weight when you lift weights, lol.